Count-Me-In is a collaborative music sequencer that uses a distributed Web architecture to promote audience participation in music performances, installations, and other similar contexts. Audience members take control of individual sequencer tracks using their mobile phones (or any networked device), collaboratively building a music loop or phrase. This dialog represents a disruption in the traditional role played by the audience in a music performance: instead of being passive listeners, attendees become active performers. Count-Me-In can be synchronized with any DAW or hardware device that generates MIDI Clock messages, allowing seamless collaboration between performers and audience. 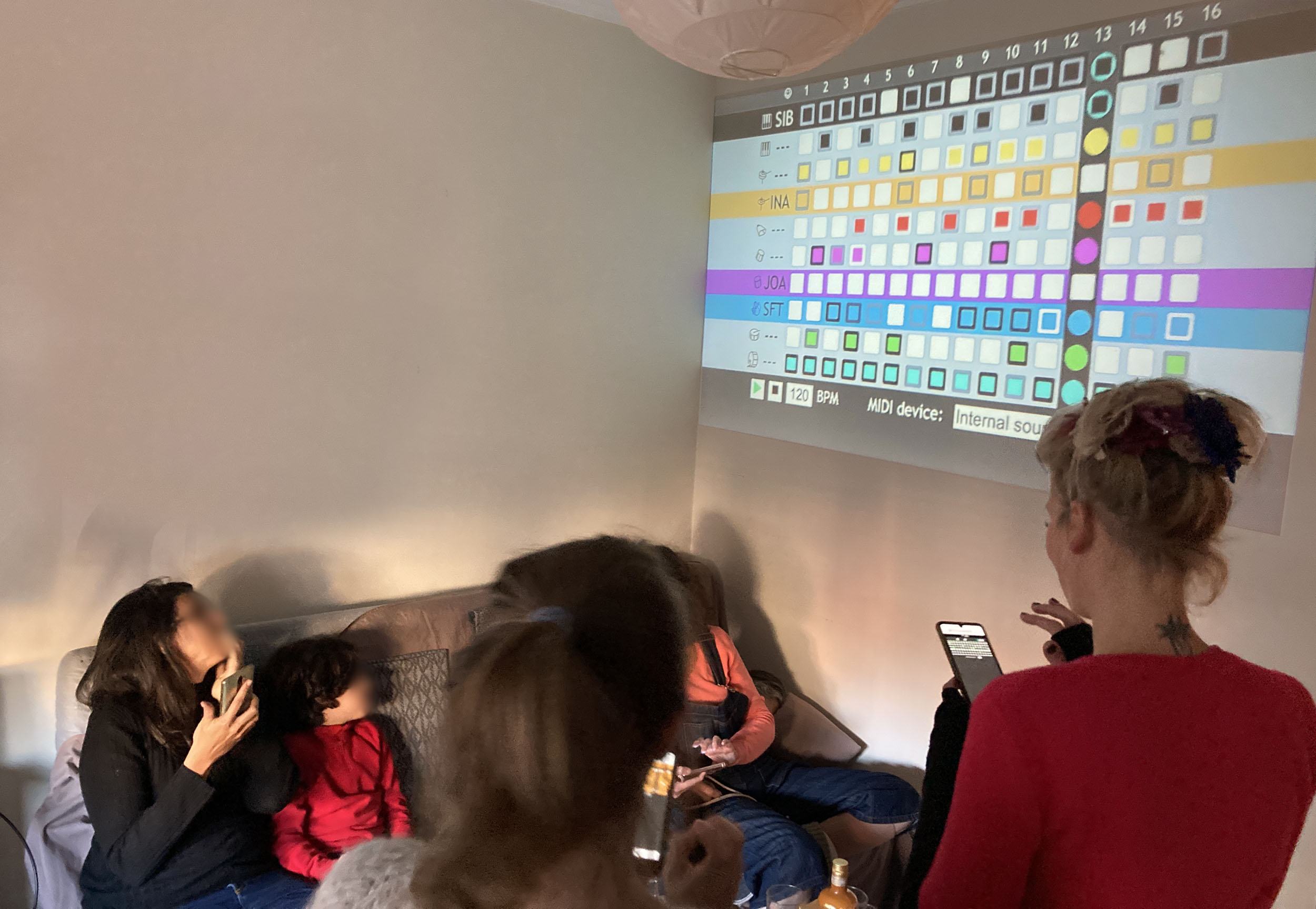 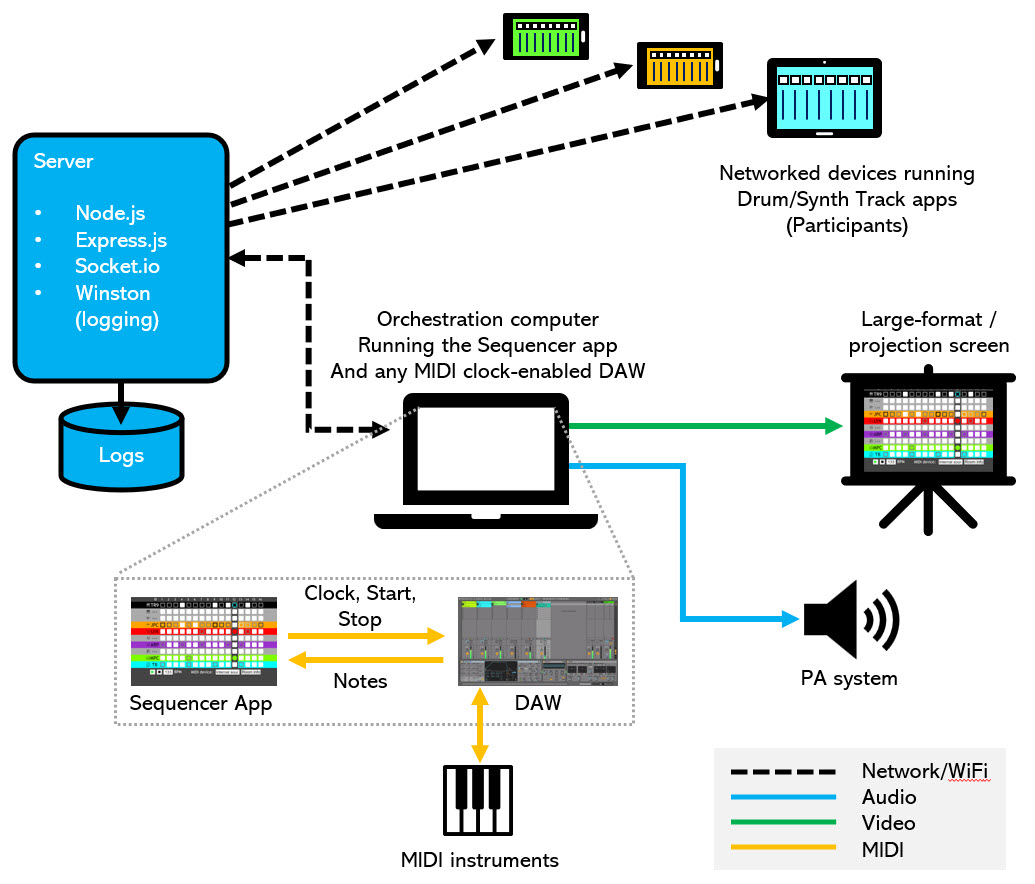 The Web applications are:

Left to right: the Sequencer, the Drum Track app, the Synth Track app.

Count-Me-In can be synchronized to any DAW or hardware sequencer capable of generating MIDI Clock messages. It can also be configured to send note output to an external MIDI device. A typical scenario comprises a DAW generating a master MIDI clock and several MIDI tracks. Transport is controlled from the DAW, with the Count-Me-In sequencer synched to follow the DAW and sending MIDI note data to the DAW’s MIDI tracks. A performer controls the DAWs, while MIDI notes from Count-Me-In depend on the interactions from audience participants.